Trafford Fire Co. No. 1
About us

The origin of the Trafford Fire Company dates back to before 1904 and the incorporation of Trafford as a borough. At this time, a group of volunteers from North Huntingdon and Penn Township served with only buckets and very little equipment to protect their neighbors' properties. These men kept their firefighting buckets at home, and it was not an unfamiliar sight to find these buckets sitting or hanging inside the front door of their homes where they would be easily accessible when someone would run to what is now the town park and grasp the old sledge by the handle and bang it against a locomotive wheel hanging there. The racket this created served as the first fire alarm system of Trafford.

In 1904 with the incorporation of Trafford as a borough, water lines were laid with fire hydrants placed throughout the developed streets. During this time the borough built 2 hose houses, one located on First Street, the other on Edgewood Avenue in the location of the park. They also purchased two two-wheel carts and a four-wheel cart for a ladder. Fireman's gear consisted of leather buckets, coats, hats and hoses. The next alarm system used was a locomotive bell that replaced the sledge hammer and wheel tire system and was mounted next to the First Street Station. In 1908 this bell system was replaced by a regular alarm system of seven boxes connected with the Westinghouse Company where the regular steam work-whistle in the powerhouse served as the alarm.

During the year 1911, the Trafford Fire Company was reorganized by electing officers and setting up a workable organization with new bylaws. Equipment throughout the next few years was still very primitive and the firemen held socials and dances at the Trafford Inn to raise the money for new suits and fire equipment. They also held their first carnival over Labor Day weekend in 1912 backed by the local merchants of Trafford. Around 1915 the company purchased a hose truck to replace the old four-wheel ladder cart stationed at First Street. This was the first piece of motorized equipment for the company. Also at this time a new addition was made to the hose house on First Street to store some extra hoses and fire fighting equipment.

During the early 1920's it was reported that the Borough Council was interested in purchasing a new truck but was waiting for postwar prices to become more stable. However, this took some time, and the bid for the new truck did not become a reality until September 1924, when council and the fire company accepted a bid from Buffalo Fire Equipment Company for a Larrabee chassis with right-hand drive on which was mounted a bed to carry equipment. This truck was finally delivered in February 1925 and council stored the new vehicle in a local garage until the new borough building on Duquesne Avenue was completed. Also, by action of the Borough Council, the company was dissolved and reorganized on January 21, 1925. The newly organized company was limited to a roster of 21 members, and the present Trafford Fire Co. No. 1 came into being, but was not officially chartered until June 10, 1927. The newly formed organization of 21 men became very active in raising money for new equipment for a growing Trafford. The street fair held on Duquesne Avenue became an annual event, and the company relied on it for many years for maintaining and purchasing fire equipment. Fundraisers were also held at McBrides Theater and a "Penny a Card Bingo" was held each Wednesday night in the truck room on Duquesne Ave. Dances were also held many times at the Keystone Skating Rink on Cavitt Ave to help raise money.

New rolling equipment came into the company during the 1930's with the addition of a long Chevrolet chassis that the firemen constructed themselves for the purpose of carrying long ladders. Also a Ford Model T truck chassis was converted into carrying more equipment to the fire scene. In 1937 Borough Council again updated the equipment with the purchase of a 1937 LaFrance pumper to replace the Larrabee right-hand drive truck.

Around 1940 the company saw the need for an "Emergency Car" and that year proceeded to raise the needed funds for such a vehicle. By 1942, with vehicles in short supply and the war going strong, the company had to comply and a request was made to the War Production Board, Division of Priorities. After much correspondence, the fire company was granted permission to purchase a 1942 Chrysler Town and County station wagon that was in stock at Trafford Motor Company. Delivery on this vehicle came in March 1943 and the company immediately began to use it for Civilian Defense and first aid equipment. Following the war, around 1947, the company added a new Dodge utility truck that took two years to complete. This truck saw service for fighting fire and the transporting of the Drum and Bugle Corps equipment.

By action of council a new addition was added to the original borough building that included a new garage for the fire company, hose tower and a new siren atop the hose tower. Upon its dedication in 1950 the fire company gained much needed space for its equipment and vehicles. In 1956 the company purchased a used 1946 American LaFrance pumper from Pitcairn. Also that year a new 1956 Pontiac station wagon emergency car was purchased to replace the 1942 Chrysler. In 1958 council purchased a new 1958 Mack 500-gallon pumper.

Throughout the decades the company purchased/replaced various vehicles and the fleet today stands as follows:

Over the years the company has relied on various alarm and communication systems. In 1974 the company upgraded its radio communication equipment and was connected to the monitor encoder system installed in Wilmerding and extra monitors were purchased for all firemen. Eventually this was replaced by the 911 system dispatched out of Westmoreland County which over the past few years has converted to a state-of-the-art 800 MHz county-wide trunked radio system. The old pull box system which had pull boxes mounted on telephone poles throughout town that could be pulled to activate the fire alarm was decommissioned and taken down in the early 90's. The fire siren was replaced in 1978 with a newer model that included options for a weather warning or a war attack. When the fire station on Duquesne Ave was torn down in 2013 the siren was removed from the building and placed in storage while borough council decides on whether the siren will be refurbished or replaced and re-mounted somewhere within the town. With new technologies available now in addition to each fireman having a pager to receive alarms they can receive alarms via text message, email and an app that the fire company subscribes to for Smartphones.

The Trafford Fire Company has always been an important part of Trafford and throughout the many years has provided a vital service to the community in protecting lives and property. Whether it is a flooded basement, downed power line, automobile accident or a fire, the company has always responded to the citizen's needs. The ALL VOLUNTEER men and women of the Trafford Fire Company are grateful for the support and dedication that many of the citizens and businesses in the community have provided through the years.

We are also grateful for the support of our state and federal government leaders who have provided grant opportunities that have enabled the company to fund the replacement of old, outdated equipment. Over the past 10 years, the company has competitively secured thousands of dollars in  state and federal grants that have been used to purchase the attack truck, new firefighting coats, pants, helmets, boots and gloves, a gear washer to wash the firefighting coats and pants, new breathing apparatus, a firefighter locator system, a new breathing air compressor, new fire hose and many other smaller items. But we still rely on the generous donations of the citizens and businesses of the community to support our annual budget that pays for training, supplies, equipment, fuel, maintenance, etc.

We also rely on volunteers to run the company, which we always need more of! If you're over the age of 16, live in or near Trafford and want to know how you can help - visit our How to Volunteer page on this website for more information. Or, if you have any questions about the fire company, please feel free to stop by anytime you see us there or give us a call and we'll get back to you. We're always glad to share more of our story with people that are interested.

Thank you all for attending and supporting us again this year.

We have uploaded a bunch of photos... click below:

Your Team in Action 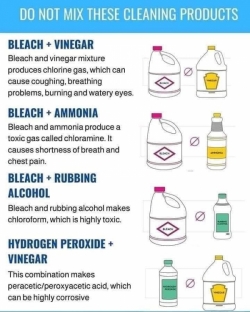 Be careful not to mix cleaning agents:
Apparatus gallery

This site has been viewed 48,057 times.
News
Events
Pictures
Apparatus
Maintained by the members and staff of Trafford Fire Co. No. 1. Designated trademarks and brands are the property of their respective owners. Copyright © 2006-2022. YourFirstDue Inc. All Rights Reserved. Content on this web site is supplied by Trafford Fire Co. No. 1. YourFirstDue Inc. cannot be held responsible or liable for any content, text, pictures, or any other media found on this web site.
Management login
Powered by

YourFirstDue.com
Websites for Fire and EMS
© 2022 Trafford Fire Co. No. 1